Artist of the Month, Steve Halford 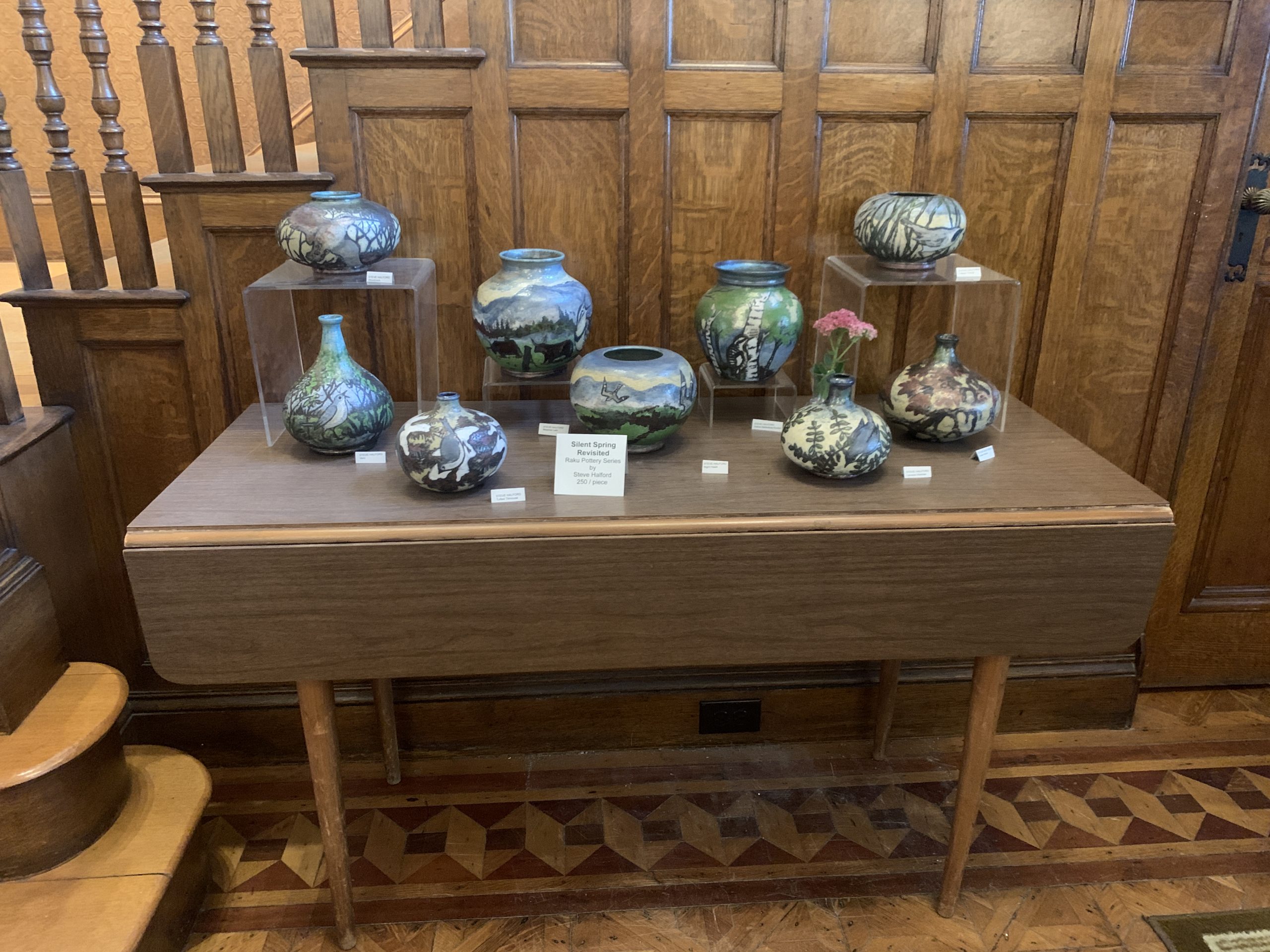 When the birds that returned to the woods where Steve Halford lives every spring suddenly stopped a few years ago, he was worried.

“We always used to hear birds singing every spring but the last few years we haven’t heard them,” Halford said. “It really had me concerned, so I did a series called ‘Silent Spring Revisited.’

‘Silent Spring Revisited’ is currently up at the Chaffee for its new exhibit with the Rutland County Audubon Society called “Nature Revealed, A Wildlife Art Show.”

Halford is a clay and wood artist who’s resources are mostly nature’s discards found on his land. The parents of students from Rutland High School over the past two decades are full of clay creations from his popular pottery class, before he retired.

Originally from the Miami area, Halford, who is self-taught, said his collection employs a method of firing clay that borrows from the Japanese method of Raku pottery. Technical definitions say Raku is a type of low-fire pottery which uses out-of-kiln reduction techniques. Halford described it in more detail, saying a shock-resistant clay is used, formed, dried, fired, and decorated with wax to create an image. With a low-fire glaze of various colors, the pottery is then heated to a melting point of 1800 degrees, pulled from the kiln red hot, placed in a container of combustible material – leaves or sawdust usually – and quickly sealed.

“This pottery is combustible, it virtually explodes,” Halford explained. “Then you suffocate it and it’s quickly sealed. The closed container causes a chemical change.”

It sounded very physical and Halford laughed and agreed, “It is.”

“And you have to watch yourself, wear a face shield and gloves and take precautions because it’s a little fiery.”

But the results are one-of-a-kind, every time.

“It’s fascinating to me because it’s very experimental,” Halford said. “I never know exactly what’s going to happen. Some of the glazes are chemicals, not paint. Paint you can predict. But an ugly brown glaze turns out a beautiful green, because the chemical changes it. You can never get two of the same and that’s what’s great about it and why I love it.”

The 21 vases he has in the show are all about the size of a melon, each depicting various birds, some endangered and some common. The exhibit will be up until October 29.